Take a selfie at Machu Picchu with a llama. #funthingstodo
Plan your Peru trip on http://www.holidayen.com/explore/Cusco

Croatia, also known as Hrvatska, is a small and beautiful country on the eastern Adriatic Sea coast, right across Italy in the Northern Mediterranean. A part of the erstwhile Yugoslavia, it has forged its own travel identity in Europe as a unique and offbeat tourist destination, leaving behind memories of its bloody past.

Croatia has been truly blessed by nature with stunning landscapes. It has a beautiful coastline with white sand beaches and coral reefs in sparkling, azure waters. Of course, sailing is the single most favorite past time along the coast, and for sea lovers, there are several cruises you could take on the Adriatic Sea. Croatia also has glorious mountains and national parks with cascading waterfalls and varied wildlife.

The climate is close to Mediterranean – it is pleasant throughout the year, with mild winters and warm summers. Summer temperatures average between 26 to 30°C, and early summer during May to June is the best time to travel to Croatia for sailing enthusiasts, as the breeze is good and the seas conducive. The seas get calmer later in July and August, which is when the motor boats come dominate the scene.

The best places to visit on the mainland are Zagreb, Trogir, Dubrovnik, Split, Skradin, Primosten, Ston and the Plitvice Lakes National Park. There are also amazing islands and beaches in Crotia on the Adriatic. 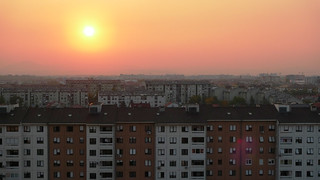 Things to do in Zagreb

Zagreb, the capital of Croatia, is known as the ‘City of Museums’, as it has more museums per square foot than any other place in the world. A charming place, it has remained off the mainstream European travelers’ itinerary so far and maintains its delightfully peaceful ambience. Trogir on the Dalmatian coast is a less known but marvelous city. The 14th century Cathedral of St. Lovro is one of the grandest structures in all of Croatia and worth seeing. Dubrovnik, a UNESCO World Heritage Site in its entirety, is a perfectly preserved medieval fortified city. Massive, ancient walls surround the old town which has an dramatic mix of Renaissance, Gothic and Baroque architecture, with tall spires in the midst of vibrant market squares. 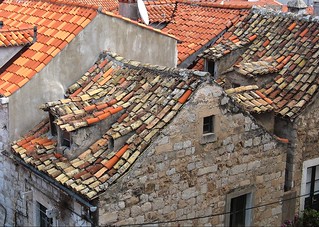 Things to do in Dubrovnik

This old world ambience made it the perfect locale as King’s Landing for Game of Thrones. 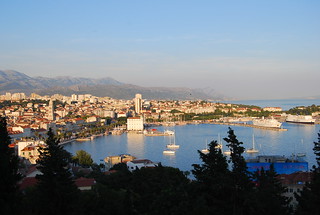 Things to do in Split

The second largest city in Croatia, Split is a UNESCO world heritage site famous for the Palace of the Emperor Diocletian. Take a stroll on the seaside promenade, and hit the many lovely beaches, of which Bacvice is a favorite with locals and tourists alike.

Skradin is famous for its Krka National Park, which has the gushing Skradinski buk and Roski slap waterfalls. Within the park, there is the serene Visovac island on which the Franciscan Visovac Monastery is situated.

Primosten is another hugely popular resort on the Adriatic coast. It is a quaint place with narrow, Mediterranean-style cobbled streets and stone houses in the old town centre set on a small, hilly peninsula. The Bucavac Veliki is a UNESCO World Heritage site, with the vineyards there producing some of the finest wines in the region.

Ston is a beautiful fortified town famous for its striking ramparts known as the Walls of Ston, cultural monuments and oysters, which are the best you will get anywhere. The salt mines here are an interesting place to visit and understand the history of the place. A UNESCO World Heritage site, the Plitvice Lakes National Park welcomes more than a million tourists each year. Famous for its cascading, color-changing lakes, the heavily forested park is rich in biodiversity. It is the setting of several myths and the lakes derive their names from the legends associated with them. The only remarkable thing about this Croatian village is that Nikola Tesla was born here. The Nikola Tesla Museum and Memorial Centre at his birth home is dedicated to the great scientist, displaying models of his inventions such as the Tesla coils and Egg of Colombus.

The Kvarner Gulf is extremely popular with tourists for its soft beaches and rocky coves.

Brac is the largest island in Central Dalmatia and also one of the sunniest, with 2,700 hours of sunshine a year. With such great weather comes Nature’s bounty of figs, olive oil, nectarines, wine and a variety of fruits. However, the main export is the famous pure white Brac limestone from which many buildings all over the world have been constructed, including the White House in Washington DC. The town of Bol is famous for its gorgeous Zlatni Rat beach. Other resorts include the Milna, Sumartin, Supetar and Sutivan. According to legend, Odysseus fell in love with the nymph Calypso and stayed on Mljet for seven years after the Trojan War, instead of returning home asap to his wife Penelope. The Odysseus cave near Babino Polje is a major landmark on the island. If you visit Mljet, you might half suspect that he actually fell in love with the island itself. The western third of the island is the Mljet National Park, which has tranquil lakes and a Benedictine monastery. The rest is a naturally forested area, unscathed by settlements. To the south are the Saplanura beaches, popular with naturists.

The Hvar Island holds an important place in Croatian history as one of the important literary centers of the country during the Renaissance.

Hvar town, Stari Grad and the 2300 year old Sucuraj are some of the historically significant places on the island. Hvar is home to Europe’s oldest public theatre dating back to 1612.

On the sunniest island in Croatia are fields of lavender, marjoram, rosemary, sage and thyme, along with vineyards and hives dripping with honey. Nature in Hvar has largely remained untouched, providing several avenues for relaxation and quiet contemplation. There are naturist camps where you can completely unwind and escape from the stress and pace of city life.

Korcula, referred to as “Little Dubrovnik”, is known for its vineyards and olive groves. Marco Polo, the famous adventurer, was supposedly born on Korcula, and his house still there. Vela Luka and Lumbarda are the main resorts. Pag is a charming place centred around the well preserved Pag Town. It has little greenery because of strong winds, and is primarily known for its lace.

The westernmost of the larger Croatian islands, it was a major British military base during World War II. It finally opened to the public in 1990, and today is a peaceful, relaxing resort. The two main towns are Vis Town and Komiza. Vis is the oldest established town in Dalmatia founded in 397 BC. Some of Croatia’s finest wines such as Plavac and Vugava are produced here.

Bisevo island to the southwest of Vis is home to the famous Blue Caves and is a great place for snorkeling.

George Bernard Shaw was so moved by this archipelago that he said, “On the last day of Creation God desired to crown His work, and thus created the Kornati islands out of tears, stars and breath.” It was described by astronauts as having the bluest water on earth seen from space. Nothing more needs to be said to describe the beauty of the islands here. The majority of the area is a National Park, with several coves and crystal clear blue waters. Most of the area belongs to the people of Murter island who come to tend to the olive groves, vineyards and orchards. Hramina is a private marina on Murter Island with good facilities including a choice of restaurants.

Dugi Otok off the Zadar coast has gorgeous ancient ruins and pebble beaches. The small fishing town of Sali on Dugi Otok is famous for summer events celebrating local folklore with a donkey race and a procession of illuminated boats. Brbinj higher up on Dugi Otok is a quiet, sheltered stop surrounded by pine woods and olive groves.

In ancient times, the islands of Kolocep, Lopud and Sipan had a large population of deer and take their name from the Greek word elafos, meaning deer. The other islands on the archipelago are uninhabited. Kolocep is a fresh and green island with gardens, olive groves and pine forests. Lopud is little more than two hills which are connected by a beautiful valley, with ruins of medieval churches and forts. The Sunj bay alongside white sandy beaches is good for swimming. Sipan is a tranquil island with churches and citrus plantations, a summer getaway for wealthy Croats.

Croatian cuisine resembles Mediterranean, with seafood, fresh vegetables and olive oil dominating the plate. The local smoked ham and roasted lamb are very good. The brave can try Vitalec – lamb’s offal wrapped in lamb gut and roasted. There are some interesting local dishes, indigenous to particular islands, that you must try atleast once. Pag and Dubrovnik produce special sheep’s cheese – try the distinctively flavoured Paski-Sir in Pag. Dalmatian desserts, made from different combinations of almonds, eggs, honey, local fruit, dried figs and raisins are mouthwatering. Dalmatian wines have always been highly renowned, famous among which are Babic from Primosten, Dingac and Postup from the Peljesac Peninsula and Plancic from the island of Hvar.

Nature lovers, history enthusiasts and gourmands, Croatia is a true treasure of a travel destination for all.

The best time to visit Thailand is November to April, when the weather is dry and the climate pleasant. December and January are the busiest months, as that is when people leave their cold winters behind at home to bask in the Thai sun.

Each beach in Thailand has a distinct feature that distinguishes it from the rest, be it the kind of crowd it attracts, the type of water sports activities or the nightlife. We have picked the top 10 beaches in Thailand for your next vacation, so you can choose the one that suits you best. While most museums are our gateway to a different time and place, evoking a sense of wonder and feeding our inquisitiveness at the same time, some of them can throw you completely off the ground. With startling collections on quirky subjects, these museums are both bewildering and amusing, sometimes presenting the mundane in a totally new light.

If the odd and eccentric interest you, then here are some museums you definitely should not miss.