Everyone has started planning for their summer vacation travel and many are clueless on where to go. We are going to throw in some suggestions. Location ideas are courtesy Where the f*** should I go this summer?

Some basics about Nuremberg first. You can easily reach here through its airport which has a good service by Air Berlin, but the best way is to enter the city by its train station, located a stroll away from the beautiful old town. Within the city, it has various subway lines and the old town is best explored on foot.

Begin your stay in the city with a trip to the Castle which dominates most of the old city. It offers a tour in English from the Tourist Information Center in the Market Square. The Castle offers best views of the old town through its towers. It also houses a museum and an old deep well. Outside the castle, you can visit Castle Quarter with its romantic timbered houses and St. Sebald Church. The heart of the city is at the market square Hauptmarkt – a lively place with beautiful Frauenkirche and the fountain Schöner Brunnen. The old city also houses St. Lawrence Church and a huge National Museum of art and crafts. Depending on your interests, you can visit New Museum (art and craft), Albrecht Durer’s house, Toy Museum or Medieval Dungeons.

Nuremberg also had a Nazi connection and outside the old city, one can visit the Nazi party rally ground with its large Colosseum.

Especially if you are traveling with family, Nuremberg zoo is a must visit. It is one of the best zoo in entire Europe and a sure delight for the kids. It is nicely landscaped and provides lots of activities for the kids. From the city, you can also easily travel for a day trip to another beautiful city, Erfurt, famous for its impressive ensemble of cathedral and St. Severi. This summer, the town is hosting International Puppet Theater Festival (3rd to 12th May), and the biggest outdoor (and free) music festival, Bardentreffen (July). Late in summers, the city hosts Altstadtfest, or the “Old Town Festival”, attracting over a million tourists.

So what is your plan this summer?

The city’s slogan, “Munchen Mag Dich” which translates to “Munich Loves You” just sums up exactly the warmth and friendliness of this welcoming Bavarian capital. Munich may evoke images of beer and ledehosen, but this is a very incomplete picture. The city is sophisticated and has many cultural attractions including art galleries and museums.

Among Germany’s principal cities, Munich is Berlin’s more cosmopolitan alter ego and has treaded an alternate path through history, maintaining sovereignty from Germany till 1871. In the aftermath of WW-I, it became a breeding ground for social movements and a hotbed for Nazi activities, the imprints of which can be seen in the haunting Dachau concentration camps. While spring and autumn are the best times to enjoy Munch, winter marks the beginning of Fasching, six weeks of street celebrations before Lent. The end of Lent is marked by Starkbierzeit, a must for strong beer drinkers. The Munich Film Festival is held in June. Of course, in September, you can enjoy Oktoberfest.

It’s easier to get by here without any German language skills than it is in most other areas of the country. It’s still a good idea to know some basic phrases in German in the event you need something and only German speaking people are nearby. 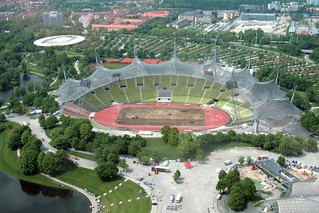 Things to do in Munich

Munich is home to several museums and churches, presenting German history and culture through the ages. The Bayeresches National Museum or the Bavarian National Museum has an eclectic collection including Gothic and Renaissance art. For car aficionados, the BMW Museum has a large collection of cars and motorcycles from the inception of the company to the present. Most museums are closed on Mondays, so you should plan your itinerary accordingly.

Art and architecture lovers will enjoy the ornate historical churches in the region. The 15th century Church of Our Lady contains art and Gothic style architecture. The 600 year old Church of St. Peter is the oldest in the city. St Johann Neponuk Kirch is an ornate church from the Rococo period. The Nymphenburg Palace is known for its magnificently vast gardens, stables, winter ice-skating, natural history and science museum and open public parks, while the Treasury at the Residenz has one of the best collections of ecclesiastical treasures in Europe. For a broader cultural experience, catch a play either at the National Theater or the Residenztheater.

Olympic Park, the site of the 1972 summer Olympics and the Allianz Football Stadium draw the sports enthusiasts among travelers. There are also quite a few tours that you can take while staying in Munich – walking and bicycle tours of varying lengths and interests.

An essential destination on any European itinerary, this compact, cosmopolitan town has a lot to offer. Like all good things in life, a trip to Munich leaves you wanting more of the city.